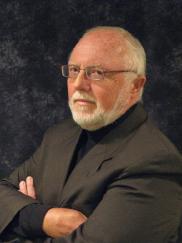 Deadly Whispers is a thrill-loaded, pulse-pounding

race by four boys between a harmless foray into a

cave in 1962, and the unspeakable horror that will

haunt them for the rest of their lives. Death, suicide, mental problems follow them like a plague until the only solution is

to pit someone close and dear to them against pure evil. Set time aside before you pick up this one because you won't be able to put it down."   -- Don Helin

Don Helin is the best selling author of Devil's Den and Thy Kingdom Come. He's an exceptional writer who has earned accolades from several award winning authors.www.donhelin.com"

Richard Hatin's "Deadly Whispers" reminds you what it was like as a child to have the hair stand up on the back of your neck at the fear of what might have been living under your bed. With a fast-paced style, Hatin's characters dig up emotions long ago buried and take you to a past they had thought conveniently suppressed. A riveting story that will make you think twice about a career in spelunking!"   -- Rick Robinson

Rick Robinson is an award winning author who has received numerous awards including the Grand Prize and Best Fiction Award Winner, London Book Festival and Winner of Best Fiction Mystery/Thriller at the Indie Book Awards. He is the author of Maximum Contribution, Sniper Bid, Manifest Destiny and his latest thriller, is titled Writ of Mandamus. www.authorrickrobinson.com